No need to get your panties all in a twist because we’re about to get scandalous! This enticing strain is a cross of two kush strains: Burmese Kush and Florida Kush! It is a super potent indica hybrid and is a favourite of many. It was originally created by the Cookie Fam based in San Francisco. Named for its pretty pink colouring which happens to be quite fitting for its teasing effects. Why? It is widely known to be an arousing strain! A little extra treat for the bedroom if you know what we mean! Its THC levels reach up to 24% potency, and has a tasty flavour profile that blends a pungent sourness with sweet citrus and berries!

Be prepared to be seduced by these little Pink Panties! This strain offers a relaxing, sedative high, though it starts off as a slow creeper. Initial effects include a heaviness throughout your body, from your eyelids to your limbs. This can easily lead to couch lock so it would be best to use indoors on evenings or weekends. With its sedative effects, it may provide relief from short lived or chronic pains and aches. It also offers uplifting cerebral effects to accompany this heavy body high, which caters well to alleviating anxiety, stress, depression and PTSD. With higher doses, it can also counter insomnia as it induces sleepiness. Despite its heavily relaxing nature, it is widely recognized as an arousing strain so could also be used as an aphrodisiac! Excellent for personal use and sharing with that special other!

The Pink Panties strain is an indica dominant hybrid. It has a ratio of 70% indica to 30% sativa, and it is known to be highly potent with THC levels averaging between 21% and 24%! This strain was originally created by the Cookies Fam. They might sound familiar as this breeding group also claims the creation of the infamous Girl Scout Cookies! The parental lineage of Pink Panties derives from two kush landraces. One is the Burmese Kush but it is sometimes referred to as Burmese Weed or Buku. There are a couple different variations of this strain but the most popular phenotype crosses OG Kush with the original Burmese landrace. Its other parent, Florida Kush, like its descendant, is also an indica dominant hybrid. 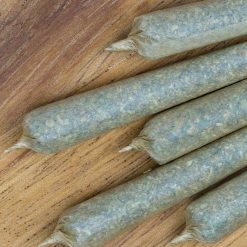 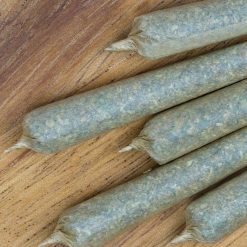 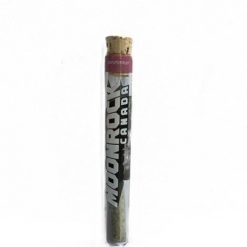